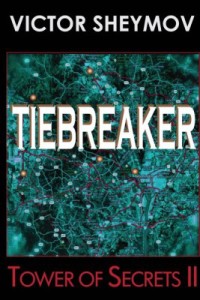 TIEBREAKER takes up the author’s experience with the CIA, his analysis of mole infiltration, and his development of a new cybersecurity technology.

Tiebreaker is the fascinating memoir of how Victor Sheymov figured out the reason behind the campaign to destroy him and his family, and the cause of the CIA’s catastrophic intelligence failures revealed with the arrest of Aldrich Ames. Sheymov then found himself at the center of the next intelligence crisis with the arrest of his longtime FBI liaison, Robert Hanssen. And now Sheymov, world-class cyber security expert and inventor, finds himself at the heart of the controversy over the solution to the rapidly growing global threat to cyber security.

Previous Next Return to BOOKS